Sandwich Islands, a view from the sky! Travel sketch!

Early wake up for us today . ( I mean we are waking up early every day anyway, due to the 3 hours time difference!)
But today we had a one our helicopter booked starting at 7.30.
Apparently the best time to flight since it get cloudy later on in the day.

It was such an amazing experience!!! Totally something to do if you come on holiday over here, the view from the top is breathtaking.
Volcanos, huge green gorges and canyon.... never seen something so beautiful...
Jurassic Park was also shot here, just to get an idea of the landscape!

Here is a tiny watercolor map of Hawaii Islands.
Curiosity:
Hawaii Islands were discovered by James cook in 1776 and named Sandwich Island in honor or the then First Lord of the Admiralty John Montagu 4th Earl of Sandwich.  During hid life he held various military and political offices but is perhaps better known for the claim that he was the inventor of the SANDWICH! :) 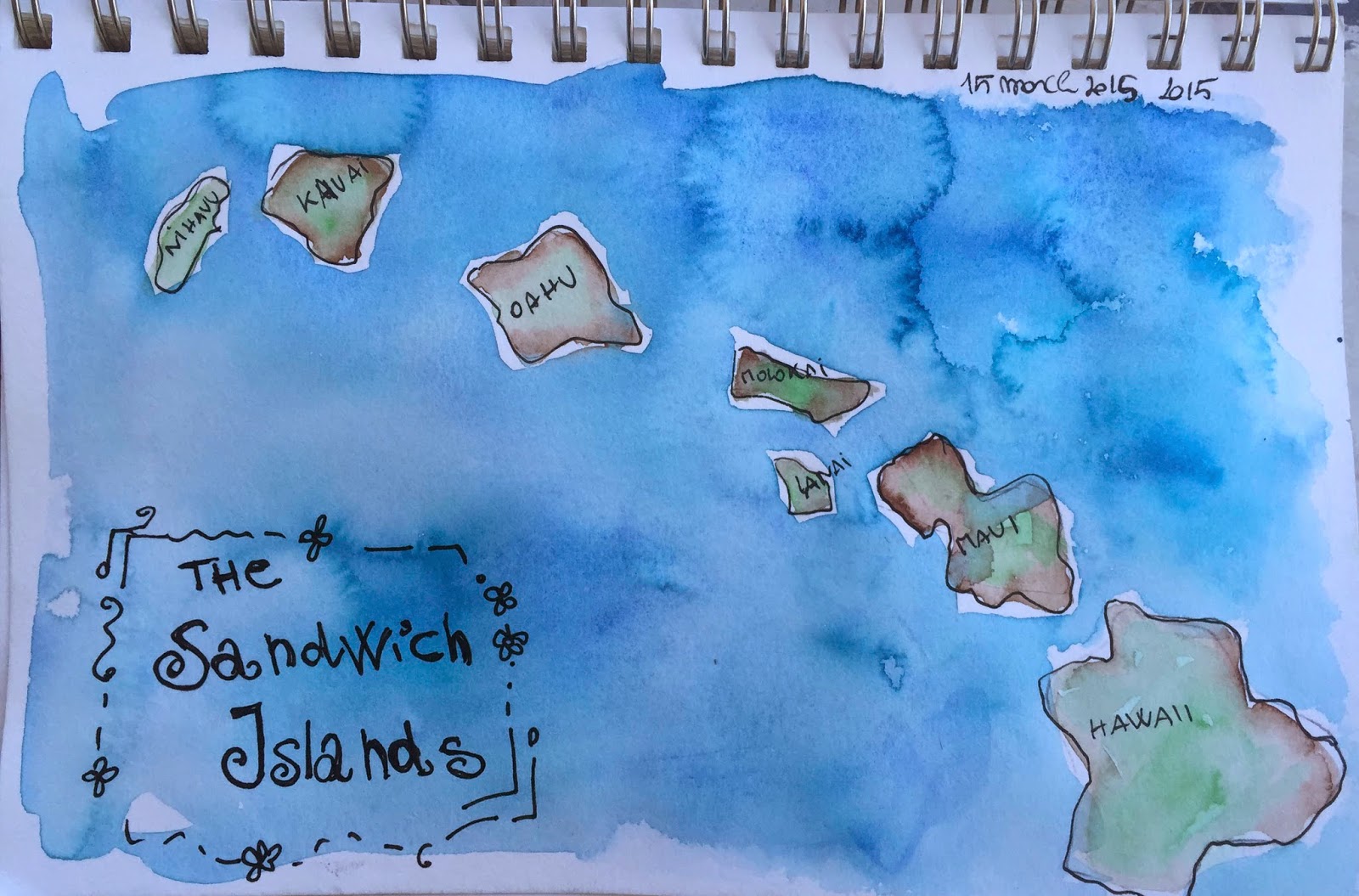 watercolor from my sketchbook
The Sandwich Isalnds

Hawaii Islands are quite far away from everything and everyone!!!!

When back to the hotel I decided to do a quick sketch before lunch. We are staying at a beautiful resort, at the entrance there is a small lake with fishes, swan and flamingo. I really liked the flaming and I want to draw them.
Next to me in a big cage there was a parrot, screaming ALOHA, for the full half an hour I sat down there. 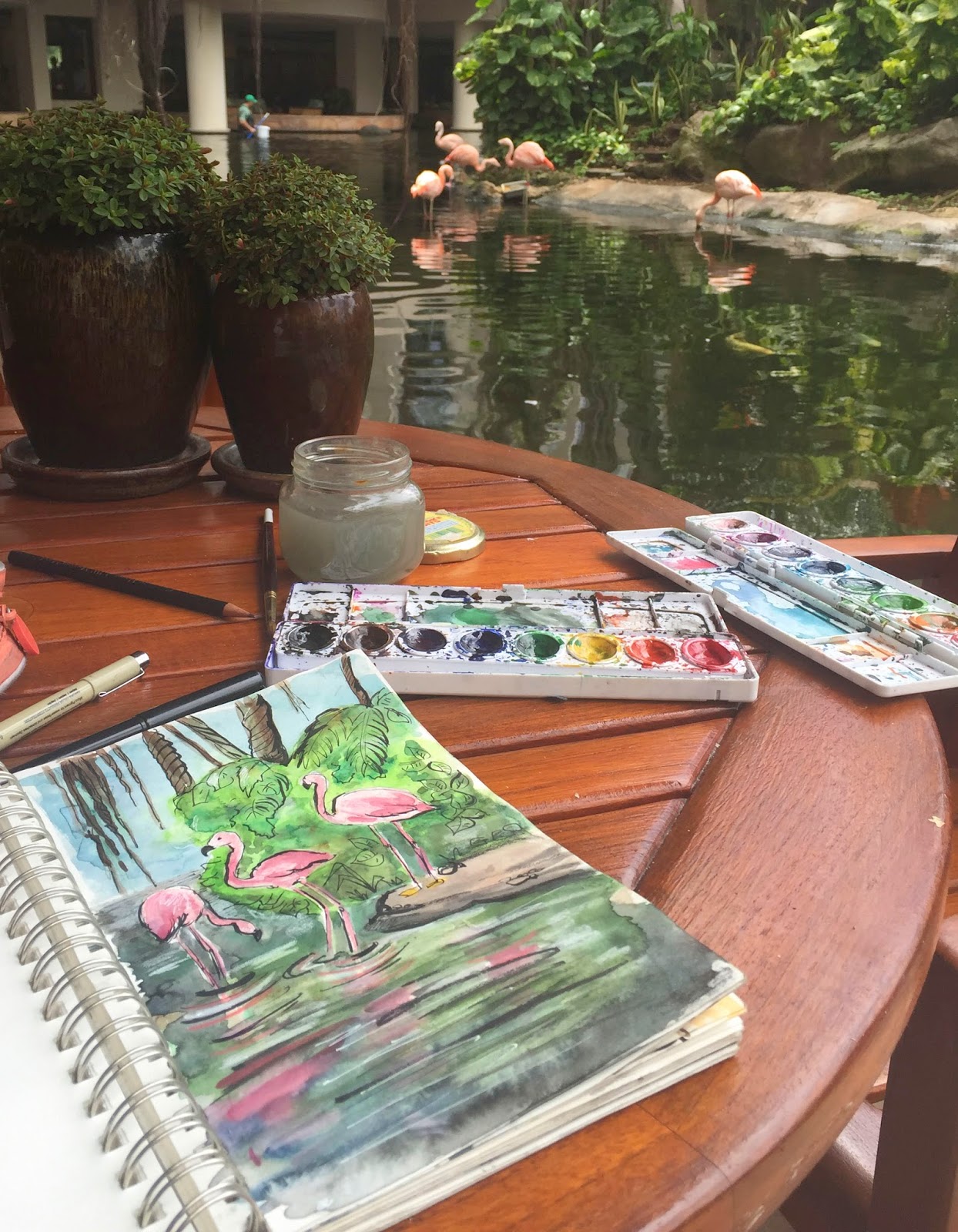 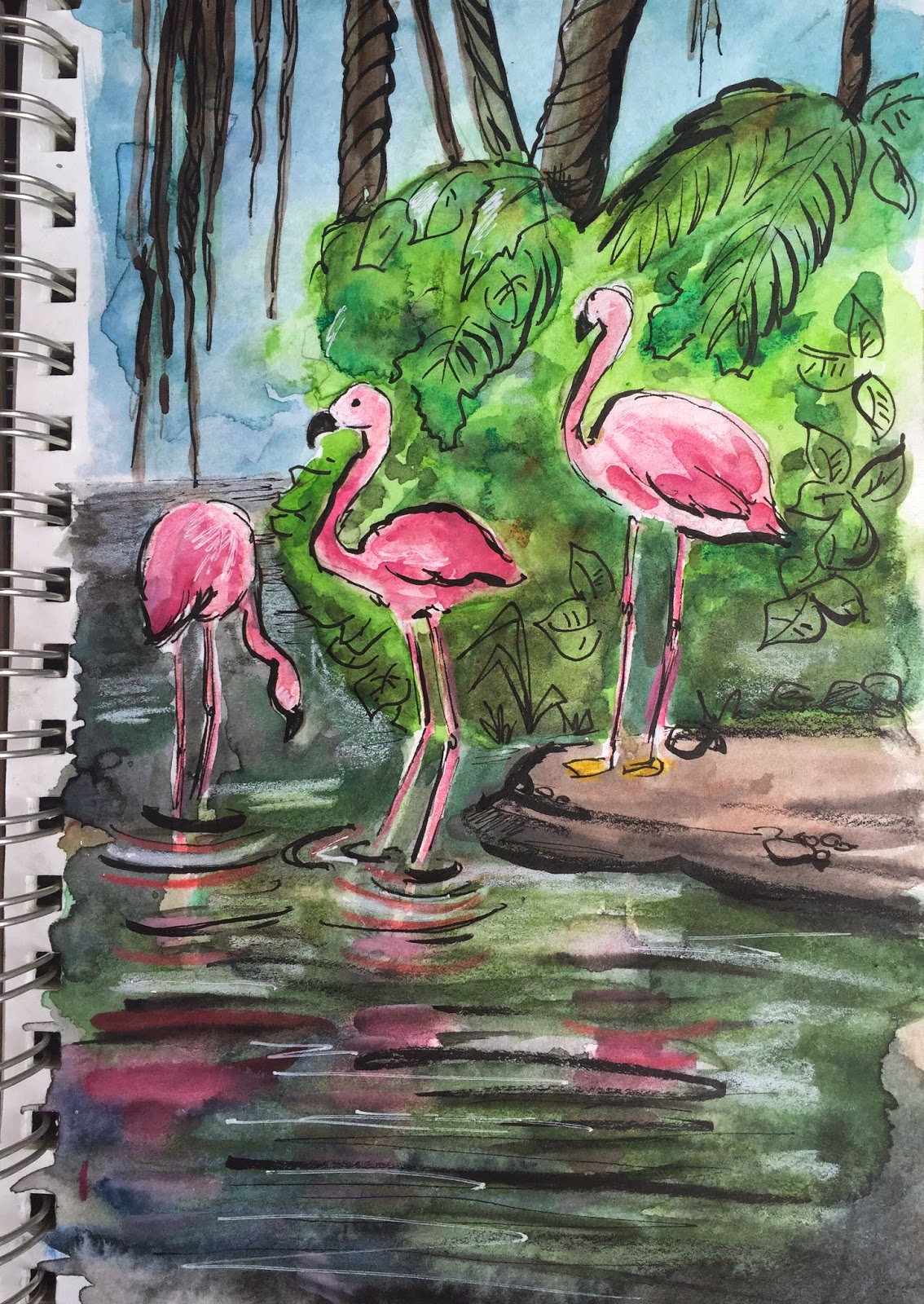 Flamingos at the Westin.
from my sketchbook.
pen and watercolor.

Some pictures from our helicopter tour! 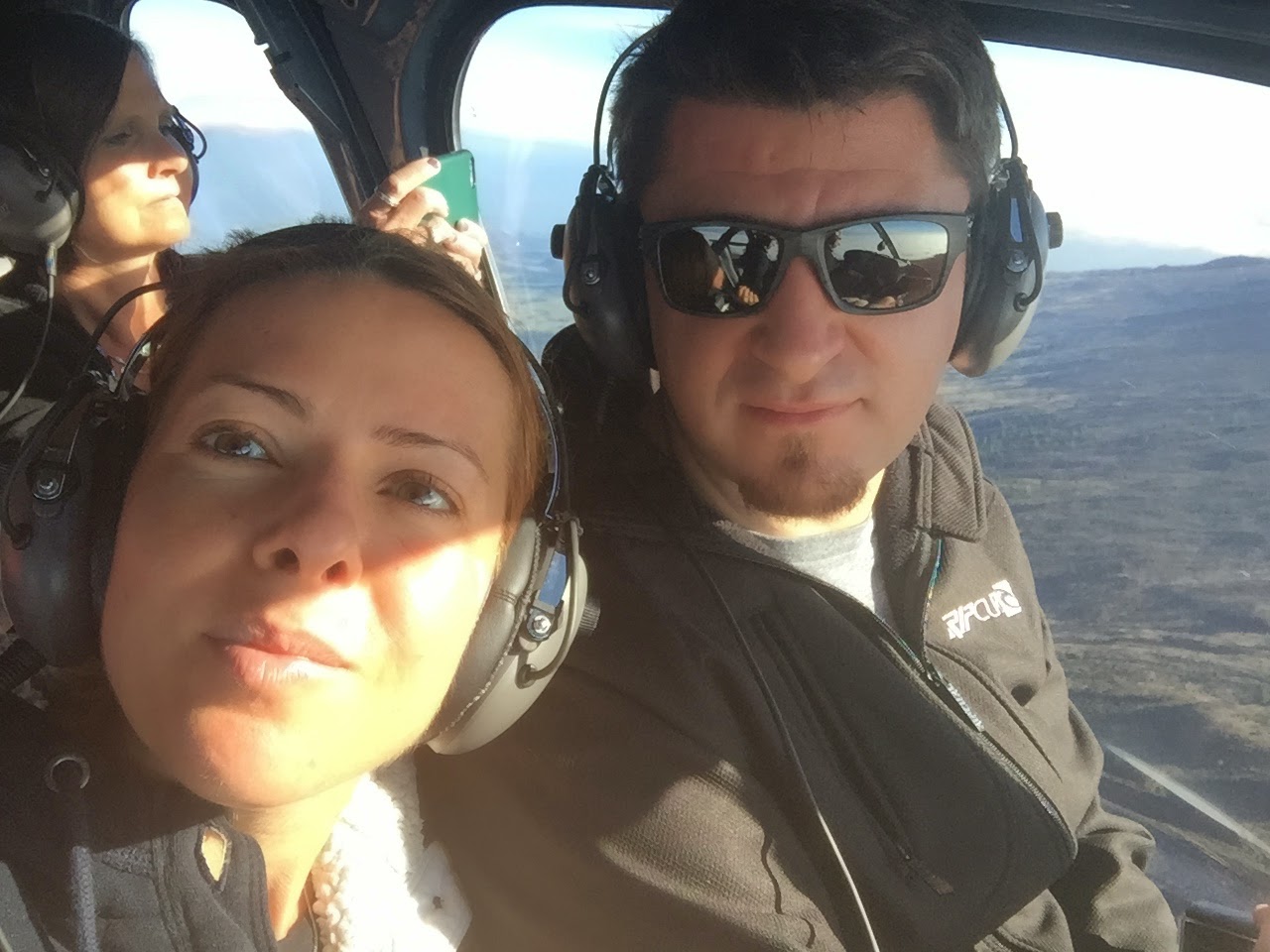 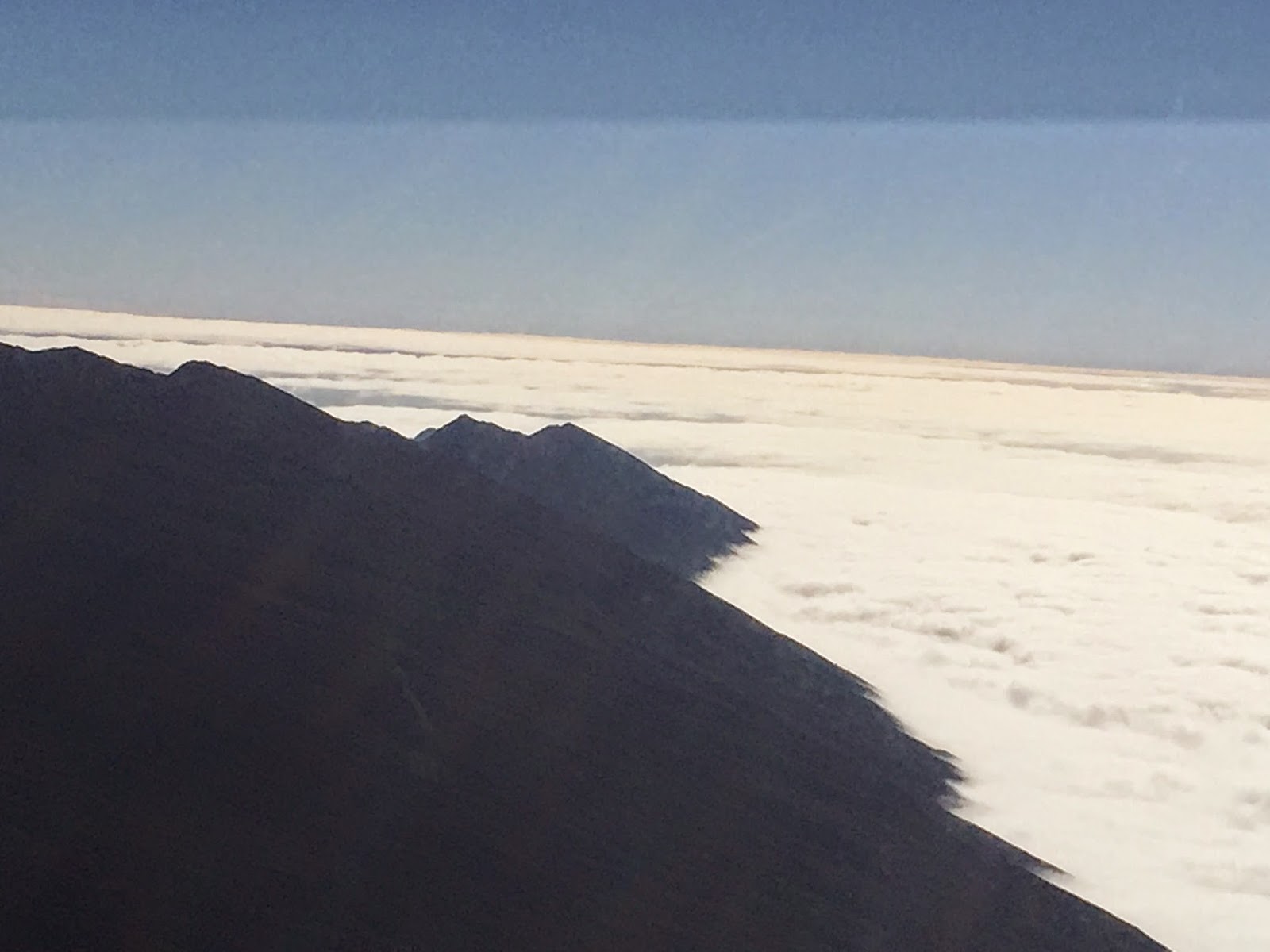 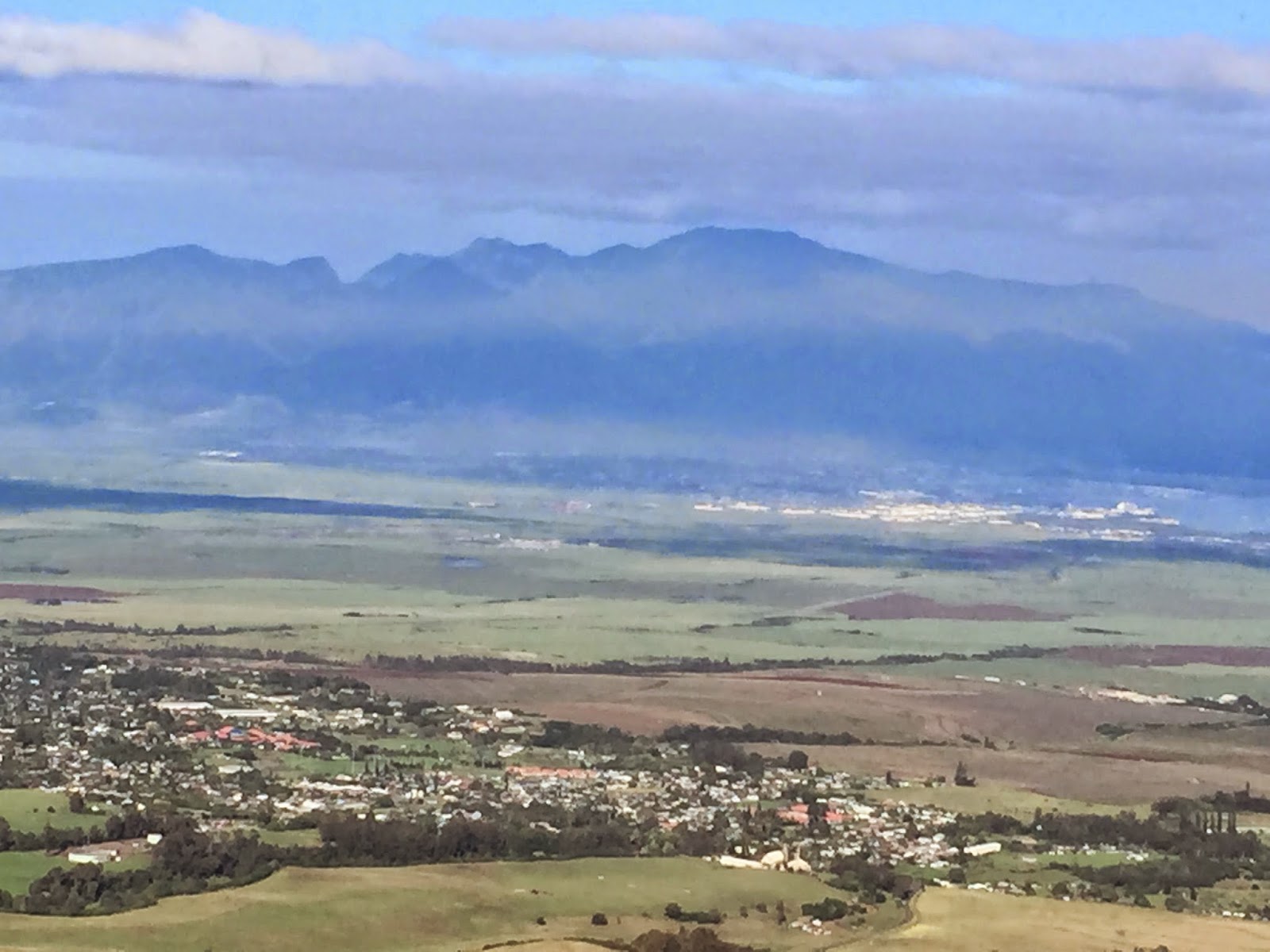 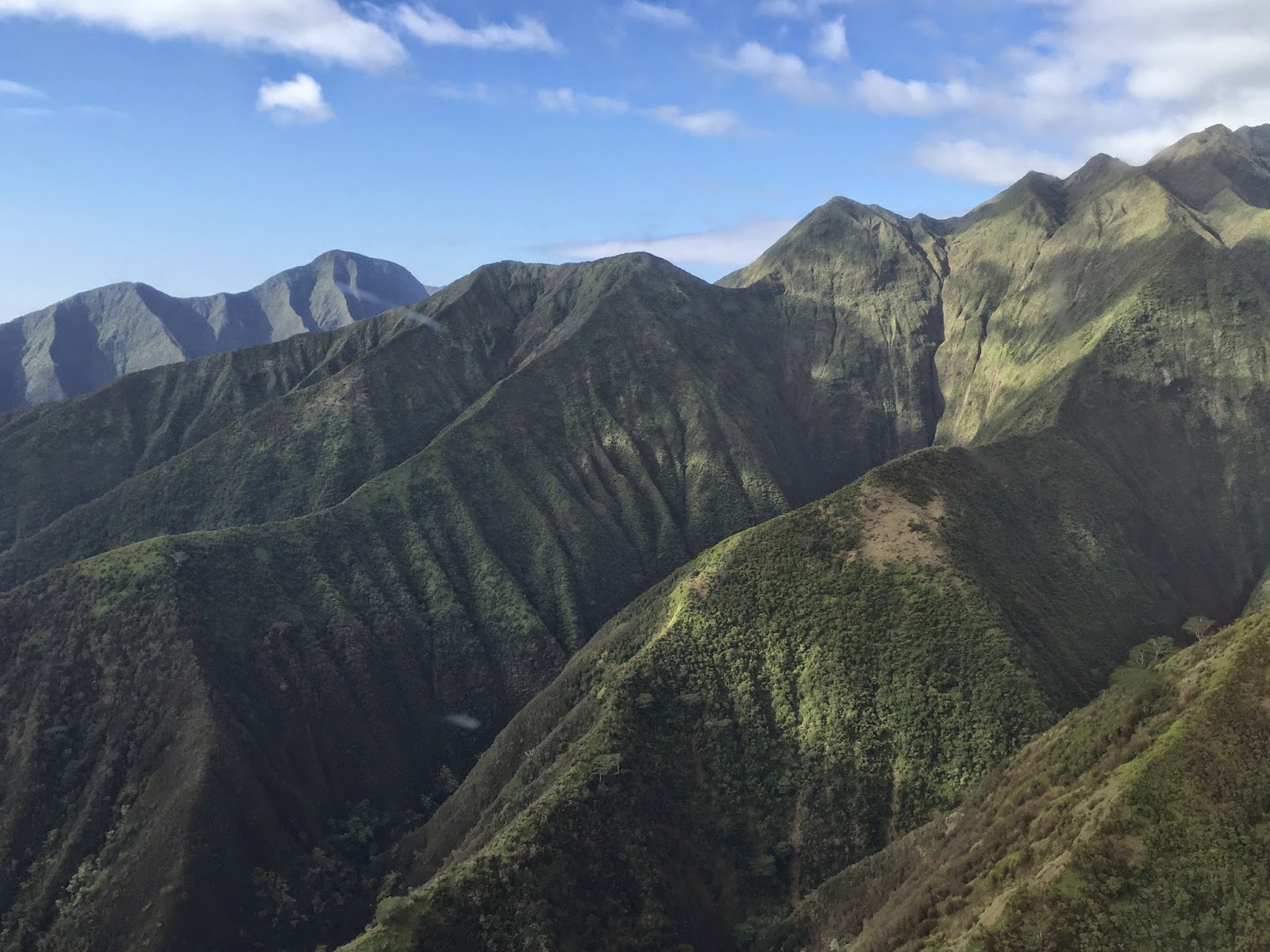 Promote your Page too

Laura
My name is Laura Dallagata and I love to paint. I find pleasure in the act of painting, the movement of paint on the canvas, the mistakes that can change a piece for the better, the constant problem solving, the unknown end and the smell of paint. The more I paint, the more I want to paint. It seems it's burning within me. When I hold that brush in my hand, I want to go further...I want to explore...the longing to paint controls me. I have to pick up my brush every day. As of April 7th, 2011, I have been creating one small painting ALMOST every day and posting them here.Note the caveat of "almost". There will be times when other projects or commitments (life) might interrupt the process. I hope you take the time to view the blog and enjoy these pieces as much as I enjoy making them.