The second (out of three!) of my illustrations about imagination. 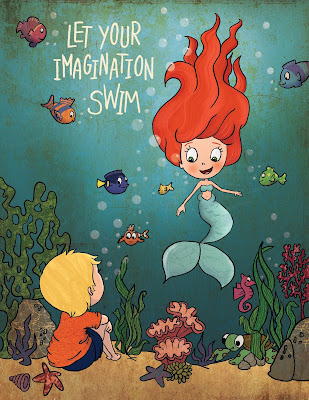 Let your imagination swim.
Posted by Laura at 7:01 AM No comments: 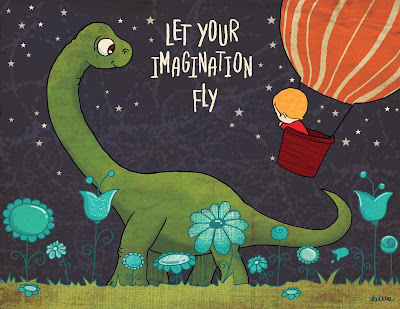 Special drawing today for my boy and for all those kids who love dinosaurs ... almost more than they love their mamas!
Hopefully not ;)

Love you to the moon and back!

They love to hike, he loves astronomy... here is my last family illustration :) 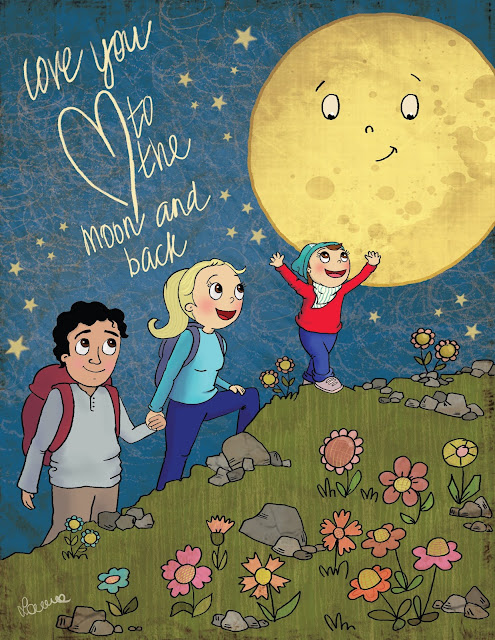 Love you to the moon and back. 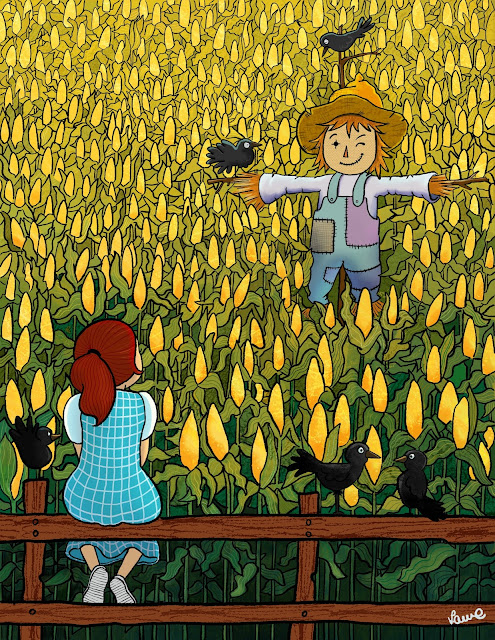 She bade her friends good-bye, and again started along the road of yellow brick. When she had gone several miles she thought she would stop to rest, and so climbed to the top of the fence beside the road and sat down. There was a great cornfield beyond the fence, and not far away she saw a Scarecrow, placed high on a pole to keep the birds from the ripe corn.

Dorothy leaned her chin upon her hand and gazed thoughtfully at the Scarecrow. Its head was a small sack stuffed with straw, with eyes, nose, and mouth painted on it to represent a face. An old, pointed blue hat, that had belonged to some Munchkin, was perched on his head, and the rest of the figure was a blue suit of clothes, worn and faded, which had also been stuffed with straw. On the feet were some old boots with blue tops, such as every man wore in this country, and the figure was raised above the stalks of corn by means of the pole stuck up its back.

While Dorothy was looking earnestly into the queer, painted face of the Scarecrow, she was surprised to see one of the eyes slowly wink at her. She thought she must have been mistaken at first, for none of the scarecrows in Kansas ever wink; but presently the figure nodded its head to her in a friendly way. Then she climbed down from the fence and walked up to it, while Toto ran around the pole and barked.
Posted by Laura at 8:57 AM No comments: 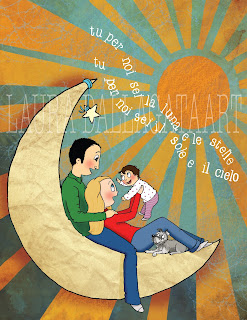 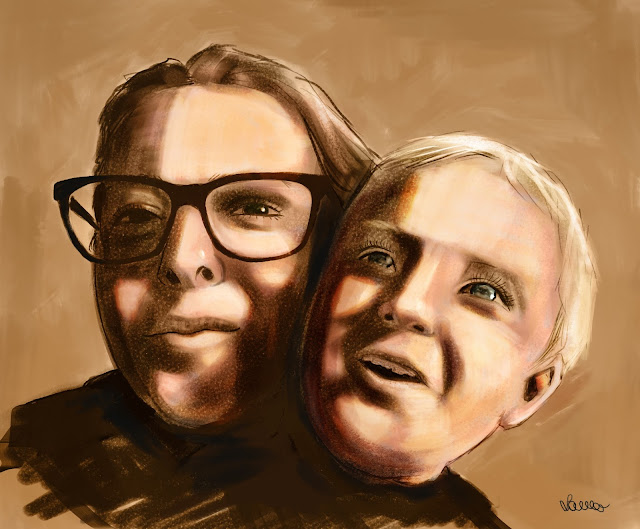 me and my boy...he is growing so fast!!
my little boy, always my baby. 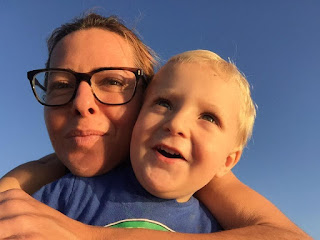 Back to vector art!
This is actually one of this week assignment for my Interactive and Vector art class .

Is pyjamas time!
Posted by Laura at 11:45 AM No comments:

They now came upon more and more of the big scarlet poppies, and fewer and fewer of the other flowers; and soon they found themselves in the midst of a great meadow of poppies. Now it is well known that when there are many of these flowers together their odor is so powerful that anyone who breathes it falls asleep, and if the sleeper is not carried away from the scent of the flowers, he sleeps on and on forever. But Dorothy did not know this, nor could she get away from the bright red flowers that were everywhere about; so presently her eyes grew heavy and she felt she must sit down to rest and to sleep.
But the Tin Woodman would not let her do this.
"We must hurry and get back to the road of yellow brick before dark," he said; and the Scarecrow agreed with him. So they kept walking until Dorothy could stand no longer. Her eyes closed in spite of herself and she forgot where she was and fell among the poppies, fast asleep.
"What shall we do?" asked the Tin Woodman.
"If we leave her here she will die," said the Lion. "The smell of the flowers is killing us all. I myself can scarcely keep my eyes open, and the dog is asleep already."
It was true; Toto had fallen down beside his little mistress. But the Scarecrow and the Tin Woodman, not being made of flesh, were not troubled by the scent of the flowers.
"Run fast," said the Scarecrow to the Lion, "and get out of this deadly flower bed as soon as you can. We will bring the little girl with us, but if you should fall asleep you are too big to be carried."
So the Lion aroused himself and bounded forward as fast as he could go. In a moment he was out of sight. 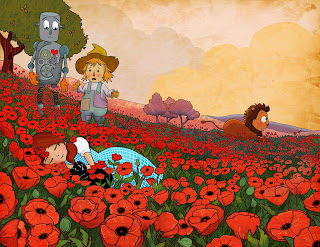 The deadly poppy field.
Posted by Laura at 9:32 PM No comments:

Promote your Page too

Laura
My name is Laura Dallagata and I love to paint. I find pleasure in the act of painting, the movement of paint on the canvas, the mistakes that can change a piece for the better, the constant problem solving, the unknown end and the smell of paint. The more I paint, the more I want to paint. It seems it's burning within me. When I hold that brush in my hand, I want to go further...I want to explore...the longing to paint controls me. I have to pick up my brush every day. As of April 7th, 2011, I have been creating one small painting ALMOST every day and posting them here.Note the caveat of "almost". There will be times when other projects or commitments (life) might interrupt the process. I hope you take the time to view the blog and enjoy these pieces as much as I enjoy making them.